Part two of a solo trek to the Shulaps area of British Columbia…Previously published on Overland Canada in 2014.

After fueling up and a quick coffee I went north out of town up “highway” 40 which is basically a winding dirt road carved out of the hillside. It is maintained very well though as it’s the only maintained road to a number of first nation communities as well as BC Hydro infrastructure. A look at the mighty Fraser River on the way out of town:

At the confluence of the Bridge & Fraser Rivers, my route curves north to follow the Bridge River, leaving the pavement behind.

The Moha Road has some interesting characteristics, and the locals have been petitioning to have it paved/upgraded for years. 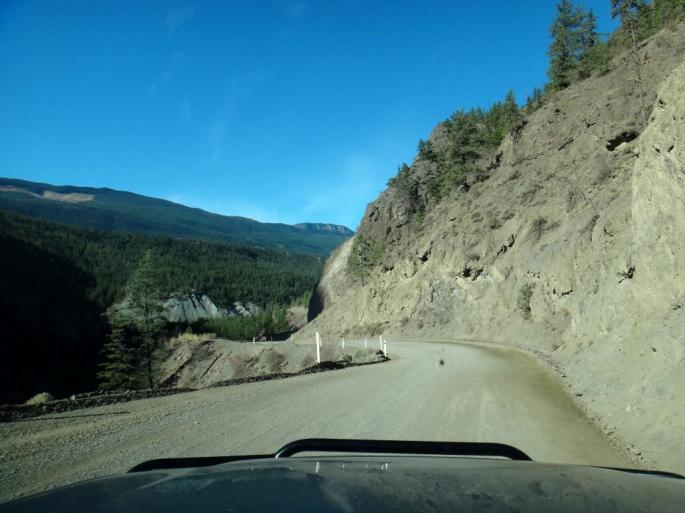 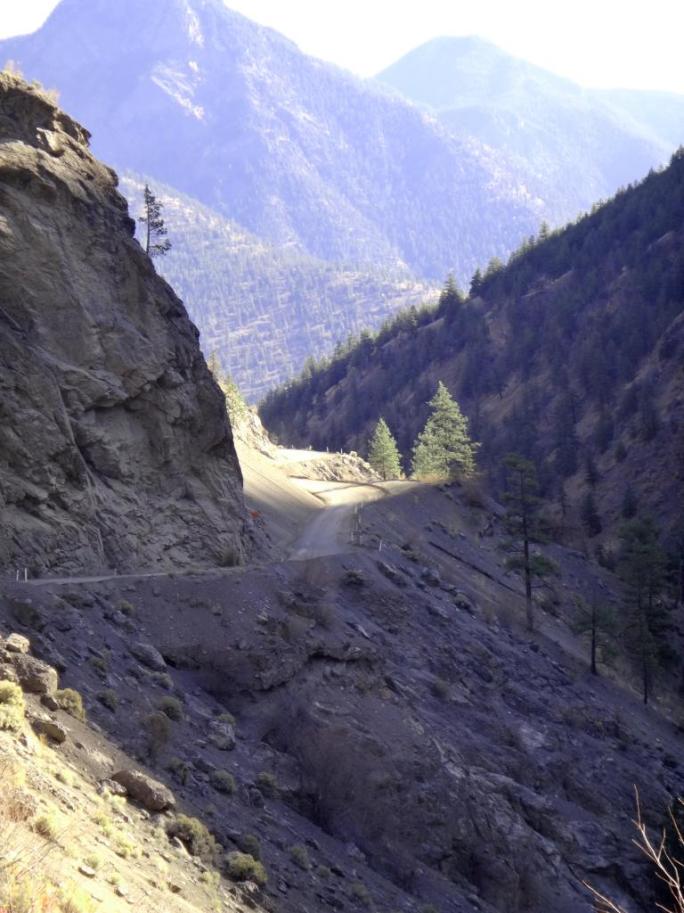 The Goodyear Duratracs have done very well for our uses – over 50,000 HARD kilometers and counting on the same four tires – without as much as a single flat or puncture. There are other options, and some overlanders despise the Duratracs, but they have been worth their weight in gold for us. The same set has taken us from the Arctic Circle in Alaska, to the searing heat of the California backroads, as well as the red rock of Moab, UT and Imogene Pass, CO. Proper air pressure is key, and anything off-pavement typically means airing down for us.

Finally the Shulaps Mountain Range was coming into view. The real climb would begin soon but it was good to catch a glimpse of the peaks where I was heading. 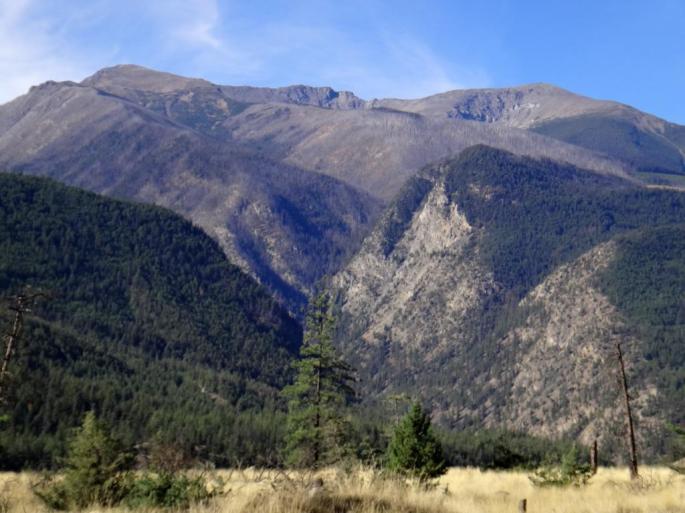 It was time to leave the mainline road system and hit the logging/mining roads. I won’t publish the road name but here was my view at the start: 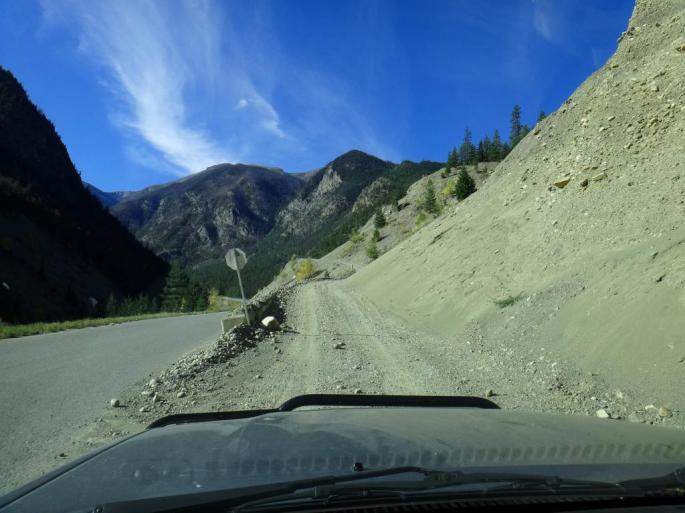 It did not take long to climb up above the Yalakom Valley and the views just kept opening up. Brave adventurers can continue up the Yalakom and do a multi-day loop by vehicle or bicycle, utilizing a variety of deactivated and washed out trails. The area is being threatened by environmental motor vehicle closures according to elevation, it would be disappointing to have the closures in effect due to a few bad apples not treading lightly.

I continued on steep, but non-technical roads and climbed into the first alpine bowl, topping out above treeline, which is about 7000 ft elevation in this inland region.

One of the first branches of the road system I explored brought me to a stunning ridgetop mining trail, and also this sign:

Unfortunately due to the remote area, there was no cell reception. Outside of the towns and cities of British Columbia you’ll be hard pressed to find any bars on a regular cell phone, unlike the coverage in the USA. Since I could not contact the mine employees, I chose not to continue further and call their bluff. Plus, the day was young and there was plenty of other trails to explore. I had not seen another vehicle or person since leaving the mainline road system. Perfect.

Back down in the trees I explored an unmarked quad trail. After a few turns it crossed a small creek in a gully and descended into the trees. Soon I came upon a downed tree and bushy area and decided to turn around. I could have easily dealt with the downed tree but it was early in the day and there were other road options so I turned around to try a different direction:

I drove out of that valley and had a look back, surprised to see a little pocket glacier here – and by glacier I mean actual remnants of a much larger glacier many decades ago. Much of the ice is out of view under the scree, similarly seen in the Canadian Rocky Mountains.

A common sight on BC back roads… Many ranchers have grazing rights on Crown/pubic land in British Columbia. Cattle is let out to nature’s kitchen while the hay fields on the ranch grow and are harvested throughout the growing season. I find the adult cows are mostly calm and let you drive right on by, whereas the calves are skittish and will run out in front of you.

More views of the mainly unnamed peaks of the Shulaps:

It was turning out to be a great adventure in a rarely explored area. Up next… alpine lakes and bear scat.