This year’s BC Overland Rally was significantly larger than last year’s inaugural event, and was another successful celebration of all things overland, off road, and camp lifestyle. Once again, it was held at Sasquatch Mountain Resort in the forested mountains of the Hemlock Valley. 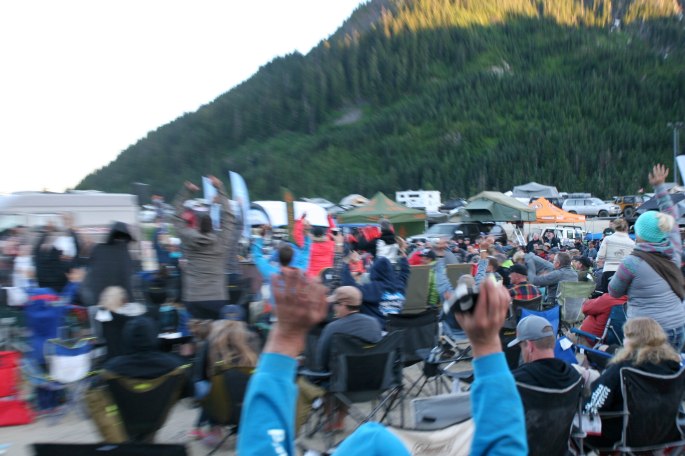 Much like the Northwest Overland Rally,  dozens of vendors had their booths setup in the central lot, and hundreds of campers from around North America formed mini overland-hamlets spreading out in all directions.

Having arrived late in the weekend due to work constraints, I had the feeling of a child entering Chuck E. Cheese or Wonderland for the first time! Prior to camp being setup, I had already been snapping photos and catching up with familiar faces. Our neighbour, a complete stranger, was sitting comfortably outside their full-size truck equipped with a Four Wheel Camper. After chatting for two minutes, they graciously gifted us a fresh growler from a local brewery – just for being a neighbour! 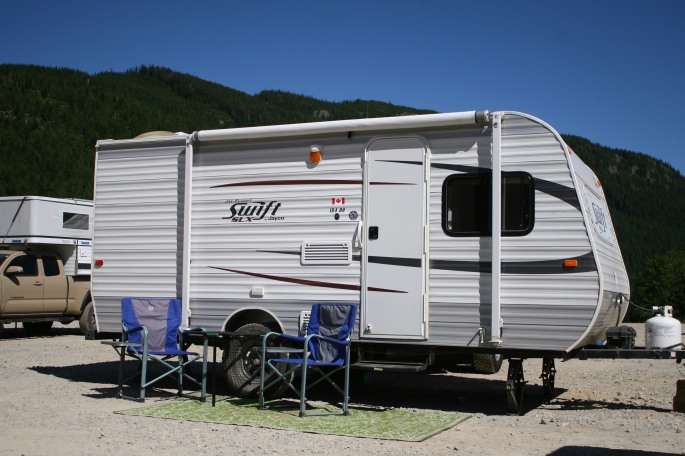 We brought our new soft-roader trailer (lifted Jayco 184BH) up to the rally for this weekend as we were still testing it and working out the quirks. The Kakadu Bushranger stayed at home and rested for the following excursion. Depending on the type and duration of our trip, we’ll tow along either the Kakadu or the Jayco – or sometimes leave them both at home.

After setting up, I could not help but stop, take a deep breath, and have a look around. Trucks could be seen winding their way up the mountainside course, stirring up dust clouds as they navigated the obstacles above camp. There seemed to be canvass everywhere, from roof top tents and trasharoos, to swag tents and awnings. Rallygoers were wandering around, checking out each-others camp setups and interesting rigs. The vendor square had everything on display: expedition trailers and trucks, winches, lighting systems, campers, tents, etc.

I took in the aroma of searing steaks and roasting veggies from the various skottle and camp stoves madly sizzling nearby.  I observed smiles and heard laughter from passing conversations, and even picked up on a few different languages being spoken. This was rally life, and we were excited to be here, even if only for a short two days.

With our limited time, I made quick rounds of the vendor square while Sharissa took the kids in the Sequoia on the ladies-only off-road driving session. 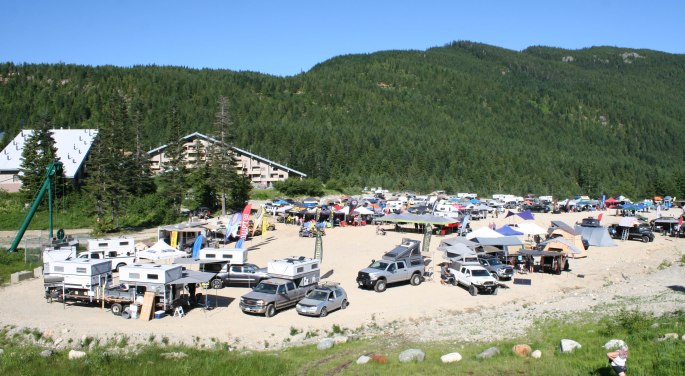 Matt and the guys from Kakadu Camping had an impressive display setup, including Bushranger off road trailers and the AT Habitat truck topper (Kakadu is the Canadian distributor for the AT Habitat). 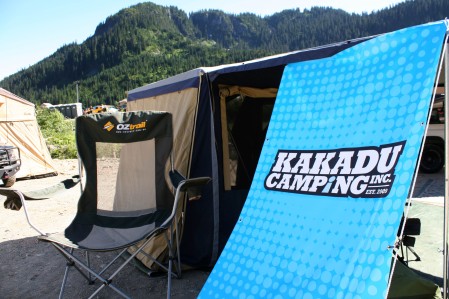 Bryon and Thrive Foods had a variety of freeze dried delicious and healthy foods on display (we bought his grapes this time).

There was too much to see and many new products as well this year. As usual with these events, it’s awesome to be able to chat with the people behind the products, and really get a feel for what they offer and the stories behind it all. 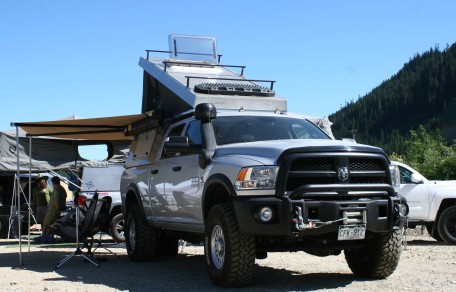 One of the most enjoyable things for me at the Rally was to take a tour of the camping areas. Although we happen to drive a Toyota and tow a trailer, there are umpteen different styles of adventure rigs and camp setups out there – many of which you’ll find walking around the setups at the rally. 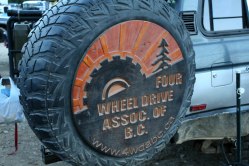 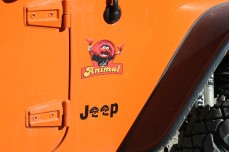 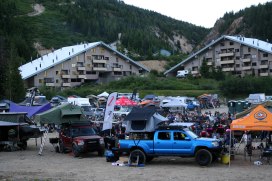 We even saw a few more Tailgator Tire Tables, including our own setup for the weekend. We are in the processing of putting one through the ringer for a product review. It’s been quite handy so far, especially since it’s much quicker to setup compared to our previous camp table.

While touring around, we ran into Cappy and his crew from 410 Expedition. We chatted for awhile and shared some laughs – a great group of guys they are!

With our schedule, we didn’t get to take in any classes this time, but they were in full swing and looked well attended. 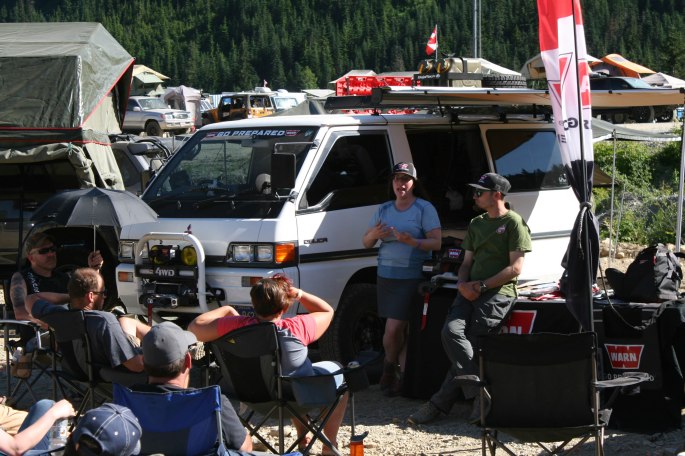 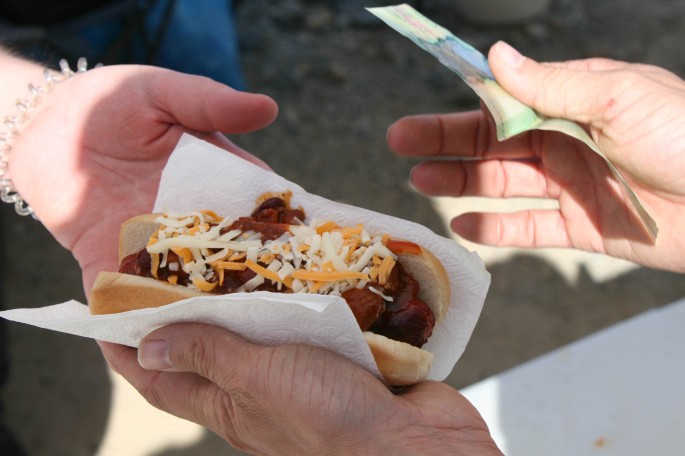 We caught the Saturday night presentation and raffle campfire – a highlight of each rally. Typically we’ve usually won something at the campfires, and this one didn’t disappoint. In between shouts of BURN IT!!! we made our way up to claim a LED camp light set from Rhino Rack (thanks!) which will go nicely on our Kakadu once we build our 12V setup. 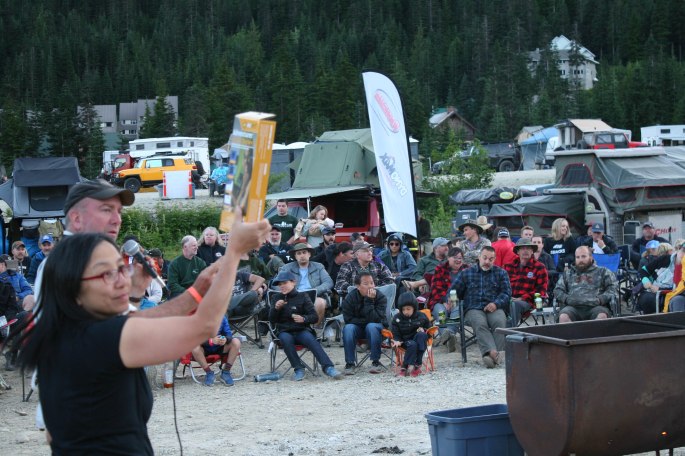 We bumped into Victor Vedrov from Gear Into Adventure at the campfire just as he was winning a 12-pack from Ninkasi Brewing, a long time Rally sponsor. Being a nice guy, he shared with his comrades and needless to say, Victor was a happy camper!

The campfire raffle finished up and campers wandered back to their respective rigs, guided by head lamps and the glow of LED awning lights. Forgetting my light in the trailer, I used the glow of my iPhone, a sad excuse for a proper light, and promptly stumbled over one of the various softball sized rocks littering the gravel area! If only I had that Rhino Rack LED system hooked up…

Sunday morning brought mixed feelings – contentedness after a good rally time, but sadness that the event was over. The TROPHY CHALLENGE is always the last part of the rally. Held up on a mini version of the obstacle course, it is a timed lap with a cup of water taped to your hood or roof – with the idea to drive smoothly so as to keep the most amount of water in the cup.

Pure shenanigans ensued as drivers, some slow and smooth, and others slinging mud and dirt through the ruts, spilled water all over. 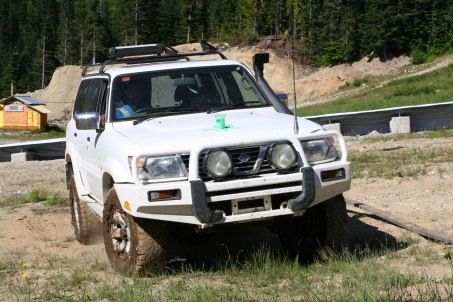 Thanks again to Ray and family, as well as all the vendors and volunteers that put these rallies together. The BCOR has strongly established itself as a premier overland event, after only being held for two years up here in Canada. It’s looking like next year will be even bigger. Hopefully we’ll see some of you there.